North Star Windows and Doors has become an industry leader in Ontario, and one of Elgin County’s major manufacturing employers, by following a simple formula.

The company, founded in London in 1985, moved to Elgin in 1993 and has since become Ontario’s largest manufacturer of vinyl windows and patio doors.  It has distributors all over Ontario, in Quebec and several US states, Eastern and Western Canada and as far away as Mexico.

“We are known in the industry as having the highest-quality vinyl windows around,” general manager Lorne Girard says

“We are unique in that we not only make our own extrusions, we process all of our own glass, we do injection moulding of some of our hardware, we fabricate all of our own windows and distribute all of those products ourselves.”

Employment has grown to 285 people from about 50 in 1993.  You can see some of the employees at work, and talking about their pride in their work, in a video labelled “See How Our Windows Are Made!” at www.northstarwindows.com.

The video mentions many innovations that North Star has introduced over the years, including designs that reduce condensation and enhance energy efficiency, and improve the ease with which windows and screens can be opened, raised and lowered, and removed.

This year the company has introduced a new Espresso colour for its products, which complements the colours of many houses from red brick to contemporary designs.

“We built the company around an outstanding team of people committed to our foundational cornerstones, Girard says.  QVSD is a short form for quality, service, value and delivery, and remains the focus of everything we do today.”

An example is the company’s delivery promise.  Standard product is delivered within 10 days, 100% on-time.  North Star was the first company in the industry to make such a promise and we have maintained this delivery mantra ever since.

Girard says North Star’s location in St. Thomas gives it a big advantage in keeping its delivery promise.  Its fleet of trucks operates in a 600-mile radius with easy access to major highways.

Girard also likes the business environment in St. Thomas.  He is a member of the St. Thomas Executive Forum, a group that meets regularly to help each other address businesses issues and share best practices.

Having access to such expertise, and the skills and dedication of North Star employees, will be invaluable to Girard as he sets his sights on expansion of the company’s 250-member dealership network, especially in Quebec and Western Canada.

Savour Elgin is a program that takes visitors on a journey to 22 of the best restaurants, wineries and agritourism operations in Elgin County. For more information Savour Elgin visit www.savourelgin.ca.

Berry season is in full swing in Elgin! Delicious ripe Strawberries, Raspberries and Blueberries are available at Farmers' Markets across the county. Head to Empire Valley Farm Market, Berry Hill Fruit Farm, Howe Family Farm Market or the Horton Farmers' Market to pick up some raspberries and try the following recipe to cool you down during this intense heat wave!


1. The first step is to create the Raspberry Simple Syrup. 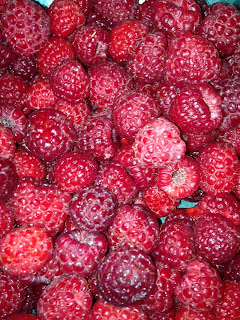 2. Mix sugar, water and raspberries together in a small sauce pan. Stir over medium heat until the first bubbles of a simmer appear.

3. Turn down the stove to medium/low and continue to simmer for 5 minutes.

4. Take off and let cool before using a strainer to get rid of the raspberry seeds. The mixture should be liquid.

5. Pour into a jar or container. The mixture can be stored up to one week when refrigerated. This syrup can be poured over ice cream or added to a variety of beverages (it tastes just like liquid jam).

6. Squeeze the juice out of 3-4 lemons into a pitcher. 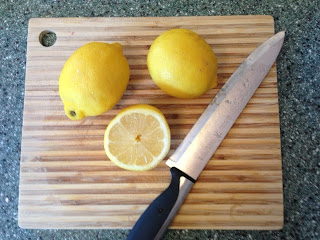 8. Fill the remaining space in the pitcher with cold water. Stir. Taste to determine if a bit more sugar is needed. 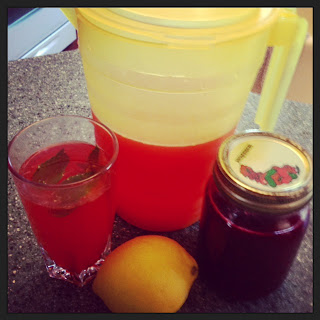 This summer Elgin County Economic Development and Tourism is running a Head South to Elgin’s Ports contest to encourage visitors to discover the area’s scenic ports.

The contest will run from July 4 – August 31 and will give entrants the opportunity to win one of three Getaway Prize Packages each with an approximate value of $400:

Entrants must submit their contest entries online by visiting www.facebook.com/elgincounty and completing the entry form. At the end of the contest period, contest entries will be eligible to be entered into a random draw. The contest is open to all residents of Canada and the United States that are of the age of majority in their province, territory or state of residence.

For more information about the Head South to Elgin’s Ports contest and contest rules visit www.elgintourist.com, www.facebook.com/elgincounty or call (519) 631-1460 ext. 168.

Email ThisBlogThis!Share to TwitterShare to FacebookShare to Pinterest
Labels: Tourism 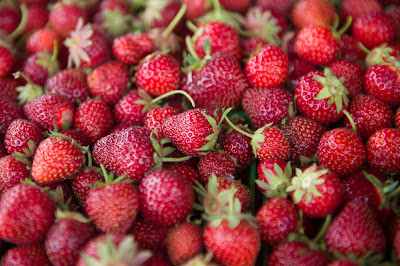 This recipe for Toblerone Mousse with local Strawberries is so easy that it takes 5 minutes to make but is so delicious that anyone you serve it to will think you slaved for hours!

The only ingredients you will need for this recipe are: 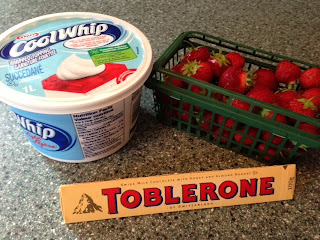 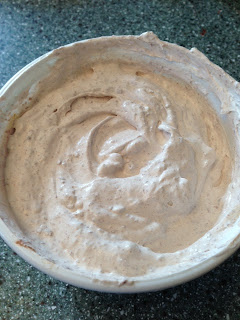 3. Wash and slice up some of the local strawberries.

4. Place the sliced strawberries in the bottom half of small dessert bowls or serving dishes. 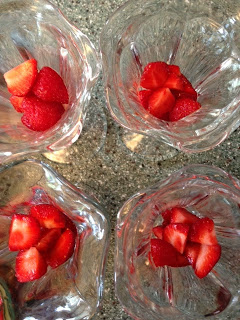 5. Spoon the Toblerone Mousse mixture on top of the berries and add a whole berry for garnish. 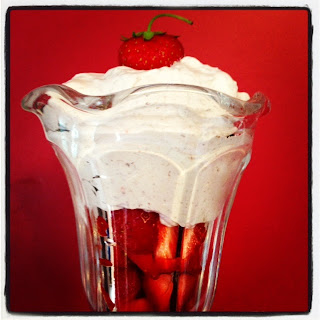 6. Put in the refrigerator for 15 minutes to cool.

That's it! Easy and delicious!

Posted by Elgin County Economic Development at 14:22 No comments:

Love for Pets Is Inspiration for Manufacturer in Aylmer

What began as a dog owner’s desire to give better food to her beloved German Shepherds has turned into a company that is manufacturing pet health foods for sale in stores right across Canada.

Roxanne Esseltine’s company, called Raw For Pets, has settled into a new location in Aylmer, where it manufactures treats for dogs and cats that are designed to be the healthiest food available – no artificial flavours or colours, preservatives, fillers or gluten, just raw dehydrated meat.

“You’ll see the difference in their eyes,” the company declares on its website, www.rawforpetz.com.
There is a big difference in Esseltine’s life now, too. Her story illustrates how business successes in Elgin County can have surprising origins.

“I had no intention of walking into a business,” she exclaims.  “I’ve been a nurse all my life, not a business person!”

Esseltine loves the dogs that she and her husband Jeff have raised and bred for many years while raising their five children in the Aylmer area.  Over time she grew increasingly concerned about their health and the quality of commercial food available.

“One day in the spring of 2008 I switched all the dogs over to raw food,” she relates.  “It only took three days for me to decide that I would never switch them back.”

Neighbours started inquiring about the raw meat that brought such shine to the German Shepherds’ eyes and coats.  Esseltine started manufacturing raw-meat products and selling them from home, and in 2010 opened a small store in the village of Springfield north of Aylmer to sell kibble and dehydrated products along with frozen raw meat.

Word spread and Raw For Pets attracted the attention of two pet food distribution companies: Nothing Added, based in Cambridge, and Companion Pet Products of Guelph.

Today those two companies between them distribute private-label dehydrated pet treats made by Esseltine’s company to pet food stores in every province.  All of the products are made from 100-per-cent beef, chicken or lamb from government-inspected meat processors.

Raw For Pets now specializes in manufacturing.  Esseltine closed the Springfield store October 1 of this year and moved into the Elgin Innovation Centre at 516 John Street North in Aylmer.  With help from her daughter Melissa Robertson, she plans to have eight employees there in a year’s time.

The Innovation Centre is also the location of the Aylmer branch of the Elgin Business Resource Centre, which Esseltine credits for helping her to become an entrepreneur.

“I work closely with the Business Centre here in Aylmer as well as the one in St. Thomas,” she says.  “They have provided a great wealth of information to me over the years.

“Without my family’s help and support from the Business Centre, a place I could go to for all the answers I needed about financing and permits and business plans, I could never have done this.”