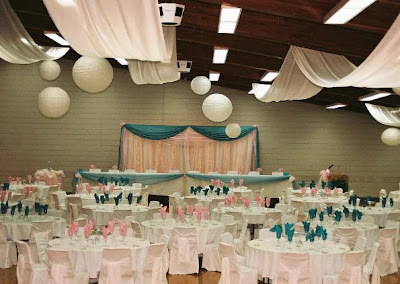 Love is always in the air at Wish Designs Event Planning and Decorating in Springfield, where owner Tricia VanGorp has been making bridal dreams come true for seven years.

VanGorp was the first of her friends to get married and she put her formal training in interior design to work planning the wedding. With help from her sister Tara Gavey (trained in hotel and restaurant management), she was able to plan an unforgettable event. VanGorp and Gavey continued helping family and friends with their weddings and soon the two of them were decorating the weddings of friends-of-friends and thus Wish Designs was born.

“We jumped in with both feet,” says VanGorp.

Word of their quality services spread in their tight-knit Elgin County community and the business continued to grow. In 2010 VanGorp gave up her full-time job and took over the company on her own as Gavey stepped back to focus on her young family.

Now in its seventh year of operation Wish Designs’ season runs from January to November and VanGorp decorates anywhere from 20 to 35 weddings a year. In addition to weddings, Wish Designs is also available for corporate, charity and family events. The company works within a 40 minute radius of Springfield catering to clients as far as Aylmer, Shedden, St. Thomas, Delhi and Woodstock.

Wish Designs’ number one service is decorating. It has a collection of linens, backdrops, ceiling features, chairs and centre pieces available for rent. The company works with brides and grooms to create a vision of what they want their wedding day to look like and then it handles all set-up and dismantling as required by the event venue. Examples of the company’s past work can be found on its website http://www.wishdesigns.ca/index.htm.

Four years ago Wish Designs expanded into on-site coordinating and bartending.  VanGorp found that many clients were looking for help on the day of their wedding and that many of the venues she worked with did not provide this service. If required, Wish Designs will now stay on-site during the wedding and reception ensuring that everything runs smoothly and that every last detail is taken care of.


"Whatever the client wants we try to make it happen,” says VanGorp. “Working with local brides and using local talent to make their dreams come true is what Wish Designs is all about.”

VanGorp is passionate about promoting local business and believes that Springfield is a perfect location for her business to thrive. Over the past several years a cluster of wedding-related businesses have sprung up in the area and Wish Designs works in conjunction with all of them. Two caterers, a photographer, three churches, a cake decorator and a brand new event venue, the Malahide Community Place, are all located within the small village.

When VanGorp started her business she was able to take advantage of family name recognition in the community and surrounding areas (her father-in-law is a well known local business owner) but now she is being recognized in her own right for the work that Wish Designs does in the community. It is important to VanGorp to give back in any way that she can. She is a great supporter of Pearce Williams Christian Retreat Centre in Fingal, Springfield Brewers Fastball Association, and other local charities where she can use her decorating talents for their events when needed.

“I started my life in East Elgin, moved away and came back. I really feel like this is home and I am very proud of it,” she says.

Looking for something to do over the holiday break? Check out some of the great events below: 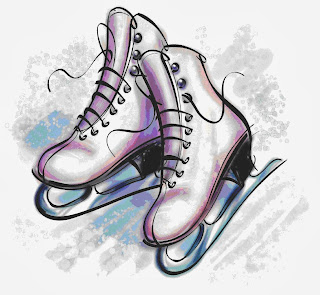 *Info from http://www.relishelgin.ca/events.html
Posted by Elgin County Economic Development at 16:15 No comments:

The first generation of Oegemas immigrated to Canada from Holland in 1957. They purchased a farm in Talbotville and decided to get into the turkey business. At the time turkey wasn’t part of a regular Canadian diet and the Oegemas were eager to embrace something new. The business is now in its 55th year of operation and third generation Oegema brothers Mike and Wayne continue the farming tradition by combining years of experience with education in business and agriculture.

Oegema Turkey Farm raises approximately 55,000 turkeys each year spread out over 6 different flocks. The Oegemas’ commitment to raising the best birds possible requires them to spend many hours in the barns caring for their flocks. The chicks start out in the Brooder Barn – a very controlled environment where they are kept warm and receive the attention they need. After six weeks they are moved to the Grow-Out Barns. These barns are large with lots of room for the turkeys to move around. The sides of the barns are open to let in light and fresh air and the turkeys have access to feeding and watering stations to use at their leisure. When the turkeys reach six to nine weeks old they are sent to the processor. Many of theses turkeys are sold to private companies who give the birds to their employees for Christmas and to catering companies and restaurants.

In 1992, the Oegemas opened a store on-site that allows them to sell a variety of products directly to the customer. Originally there was one employee and the Turkey Shoppe was open three days a week. Over the years the business and product line has grown and the store is now open six days a week. Five employees now work in the Turkey Shoppe making and selling turkey products to consumers in ways that they cannot find in the grocery store. These employees are friendly, knowledgeable and always willing to share cooking advice and delicious turkey recipes.

“We’ve really tried to promote turkey as an everyday alternative,” said Annie Oegema, manager of the Turkey Shoppe. “We want people to know they don’t have to cook the whole bird every time to enjoy turkey.”

Customers can purchase whole turkeys, turkey parts, smoked products and other turkey products including: pies, kabobs, medalions, meatloaf, meatballs, schnitzel and shepherd’s pie. All product recipes have been tested to perfection and everything is delicately seasoned. The Turkey Shoppe also sells a variety of products that go well with turkey meals including sparkling juices, stuffing, cranberry sauces, chutneys and spices. In addition to the products they sell in-store, select products can be purchased online at www.turkeyshoppe.com  for several weeks before Thanksgiving, Christmas and Easter.

The Oegemas believe that their Elgin County location is ideally situated for doing business with customers from both London and St. Thomas.  They are centrally located near major transportation routes and areas that have a large population base. Additionally, the Oegemas products are so good that they have customers who come from as far as Windsor and Toronto to stock up on their high quality products. 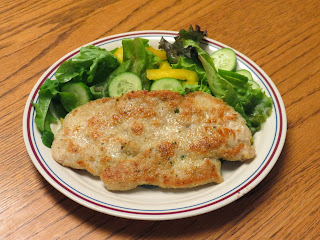 Posted by Elgin County Economic Development at 11:49 No comments: 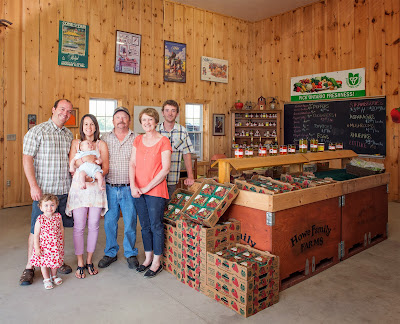 Congratulations to Howe Family Farms in Aylmer for their regional Premier's Award for Agri-Food Innovation Excellence.

The award was given to the Howe Family for a unique pumpkin growing technique. The family has over 40 years of experience growing pumpkins and gourds; however, in recent years, rising production costs motivated them to try something new: a no-till approach. The process involves growing a rye cover crop in the fall.  When the spring pumpkin-planting season arrives, a custom-made roller knocks down the rye prior to seeding. The new approach has slashed labour costs for weeding by 75 per cent, prevented soil erosion, increased soil health and reduced the need for herbicides. Growing the pumpkins on a thick bed of fallen rye also means less contact with the soil, which has translated to a 25 per cent reduction in washing labour and a cleaner, jack-o-lantern-ready product on store shelves. 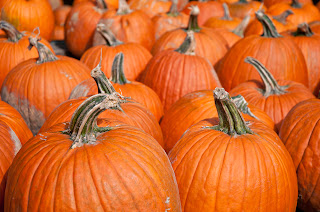 Posted by Elgin County Economic Development at 11:03 No comments:

Eric Salin is the 2013 Elgin County Ambassador of the Year

Elgin County is pleased to announce that Eric Salin, owner of Sport in Port Adventure Outfitters, is Elgin County’s Ambassador of the Year for 2013.

Elgin County Ambassadors are people who volunteer their time to help promote business throughout Elgin County and actively participate in the growth and development of the County. The Ambassador of the Year is awarded based on points that are given to ambassadors for a variety of items including attendance at quarterly meetings, recruiting new members, promoting Elgin County at events, and informing the County’s Economic Development staff about new business in the area.

Salin opened Sport in Port Adventure Outfitters in 2013. This new and exciting retail and rental business provides sales, activities and rentals of products and services that support health and fitness in Elgin. Salin is also President of the Port Stanley Village Association and an active member of the Port Stanley BIA. He has been a regular attendee and active participant at ambassador meetings in 2013, recruited new ambassadors to the program, helped to promote tourism in the area and partnered with Savour Elgin to organize running events at member locations.

“Eric’s energy, optimism and winning attitude have been an asset to our program,” said Economic Development General Manager Alan Smith. “The County would like to thank him for his continuing efforts to fuel tourism and economic development in Port Stanley and the surrounding area.”

The Elgin County Ambassador program is open to entrepreneurs, business owners and community leaders. For more information on the program please call 519-631-1460 ext. 168 or email jnesbitt@elgin-county.on.ca.

Posted by Elgin County Economic Development at 14:33 No comments: